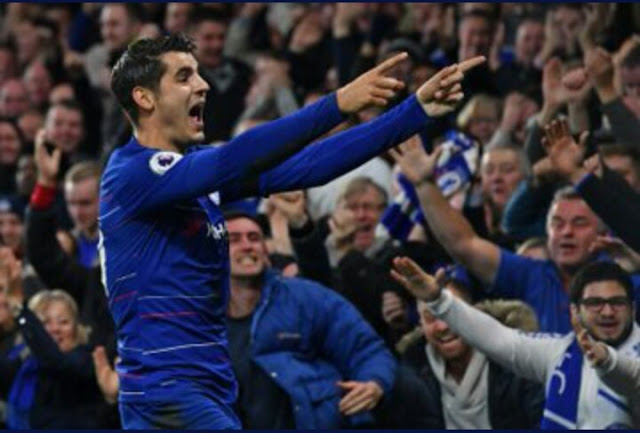 Chelsea cruise to a 3 – 1 win over Crystal Palace at Stanford Bridge, thanks to a Morata brace and a great finish from Pedro to cap a well deserved victory.
Chelsea Move into second place on the Premier League table with 27 points.
Goals (3 – 1) And Cards

Man Of The Match :  Alvaro Morata.

Maurizio Sarri is unbeaten in his first 11 Premier League games as Chelsea manager – this is the joint-longest unbeaten start by a Premier League manager, equalling the record set by Frank Clark in 1994.

Chelsea striker Alvaro Morata has scored four goals in his last four Premier League games – one more than in his previous 23 appearances in the competition combined (3).

Crystal Palace’s Andros Townsend has scored three Premier League goals against Chelsea – more than he has against any other opponent.

Pedro has ended on the winning side in 39 of the 40 home top-flight matches he’s scored in during his career (26 of 27 with Barcelona, 13 of 13 with Chelsea), drawing the other with Villarreal in January 2010.