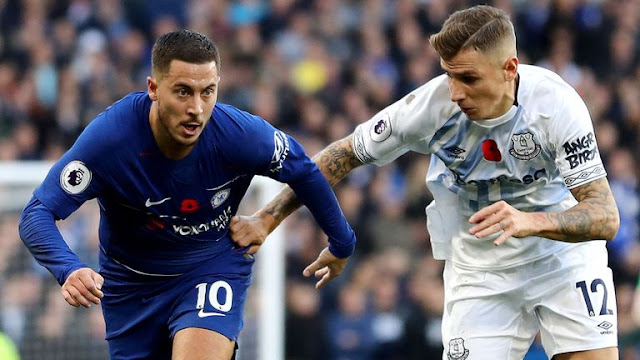 Chelsea and Everton battle to a goalless draw at Stanford Bridge, leaving the Blues two points from leaders Liverpool.
Goals (0 – 0) And Cards

Chelsea have remained unbeaten after their opening 12 games to a season in the top-flight for only the second time, also doing so in 2014-15 when they went on to win the Premier League.

Chelsea and Everton have now played out eight goalless draws in the Premier League; only Everton v Liverpool (nine) has seen more in the competition’s history.

Everton are now winless in their last 24 Premier League visits to Chelsea (D11 L13), their outright second longest run without a win away at any opponent in their league history after a 36-game streak at Leeds United between April 1953 and December 2001.

This was Chelsea 21st Premier League clean sheet against Everton; against no other opponent have they managed more in the competition (also 21 v Newcastle United and Tottenham Hotspur.

This was Everton manager Marco Silva’s first goalless draw in the Premier League since August 2017 with Watford against Brighton, having previously gone 32 games without one in the league.