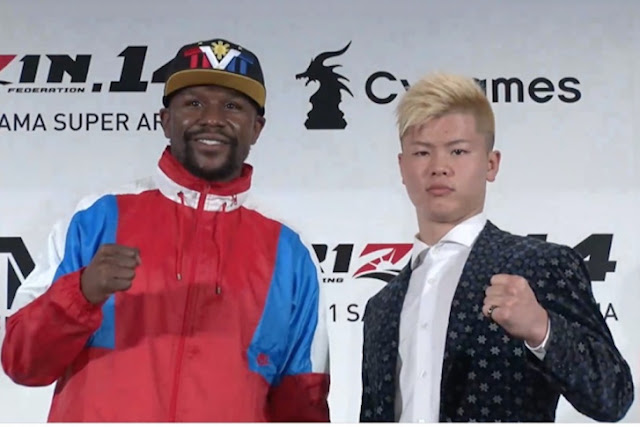 Floyd Mayweather with Rizin FF has announced his return to the Ring against Undefeated Kickboxing kickboxing sensation Tenshin Nasukawa on Dec 31 at Saitama Super Arena.

“It’s always been a goal of mine to go outside the U.S. and go into another arena and display my talent as a professional, because I did it as an amateur,” Mayweather said. “Now it’s different as a professional. It’s great. I want to say congratulations to Tenshin and Rizin and just everybody for backing this event.”

Floyd Mayweather Praised his opponent for his achievements and all he has done at his age to be in that position.

“I think that he’s young, very strong, very fast, and he’s undefeated,” Mayweather said. “It’s obvious he’s doing something right to be where he’s at. So I’m proud of him.”

Floyd Mayweather  hhs been out of the ring since earning his biggest Pay for a fight against Former UFC Lightweight Champion Conor McGregor at the T-Mobile Arena, August 26 2017. He won the fight with a 10 round KO and retired immediately after the Bout.