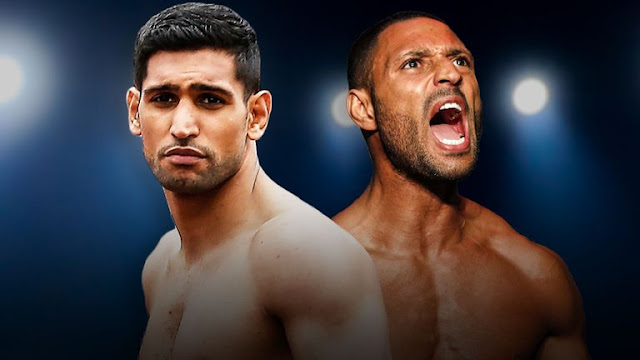 Errol Spence Jr has dropped his prediction for a potential Mach up between Brits Kell Brook and Amir Khan, which is believed to be under negotiations for 2019.

Spence Jr defeated Kell Brook to claim his IBF 147 title and though calling can the bigger name of the two, believes that Brook will defeat Khan when both meet in their  welterweight match up  due to his size advantage.

“It would be a huge, huge fight and hopefully they can make it happen,” Spence told Michelle Joy Phelps for Toe 2 Toe.

“I know they’re both still arguing. They both want to be the A-side, no-one to B-side and they’re both positioning each other, but I do think it will happen.

Spence is slated to defend his IBF welterweight title against unbeaten four-weight world champion Mikey Garcia, who is coming up two divisions (135 lbs)  in Match.