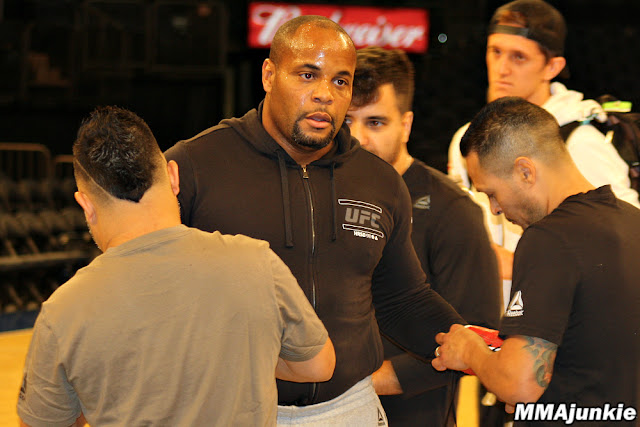 Daniel Cormier said, he doesn’t believe his UFC 230 opponent actually believes, he is scared of fighting Jon Jones and he is not facing him because he wasn’t offered the fight.

“I was never offered the fight against Jon Jones,” Cormier told reporters, including MMAjunkie, following his UFC 230 open workout. “Nobody told me to fight Jon Jones. I think Derrick has said it, himself, openly that some of the things (he says) you take with a grain of salt, some of the things you believe what he’s saying. He’s just bull(expletive) on that one.”

Cormier also Praised his opponent, for his rout up the ladder to a title fight, hasn’t been easy and his experience fighting out from the “Pits of Hell” deserves nothing but admiration, and he will never underestimate that at UFC 230. 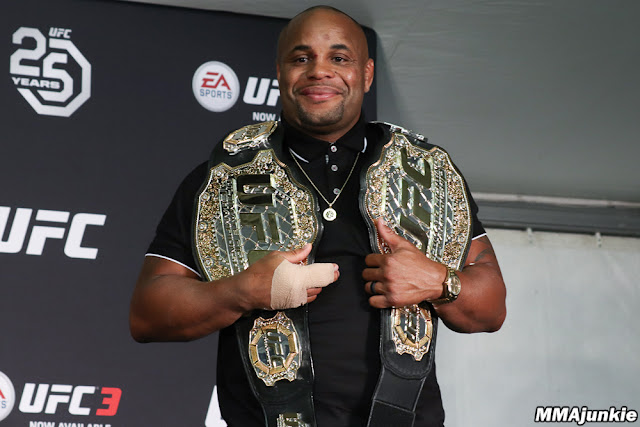 “In learning about Derrick Lewis, it didn’t make me think, ‘This is going to be an easier fight,’” Cormier said. “It’s going to be tougher than the general public may believe. It made me understand him knocking out Alexander Volkov (at UFC 229) wasn’t the exception – it was his expectation because he has fought from the very pits of hell, and he scraped his way back up to who he is today.”

Despite the respects, the heavyweight champion will do every thing possible to get out of UFC 230, with his title on his shoulders.

“I’m going to try to rip Derrick Lewis apart,” Cormier said. “There are levels to this fight game. I’ve said that before. I’ve competed at a level above most people for a long time.”