Cristiano Ronaldo Cries Over Spilt Milk – Juventus Should Have Won 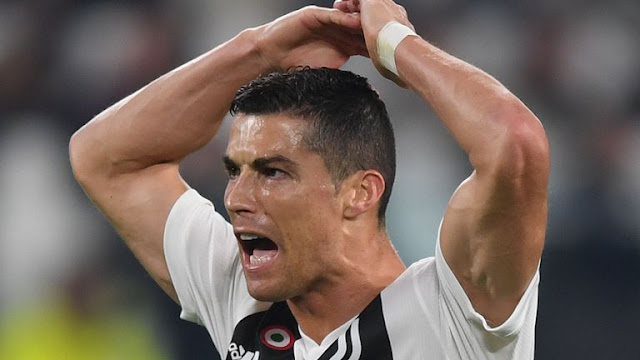 Manchester United came from behind to defeat Juventus 1 – 2 in UEFA Champions League group H on Wednesday, but Cristiano Ronaldo, gives them no credit for the win and believes his side would have defeated Manchester United by at least three or four goals.

Juventus dominated the game, missing chances, with one hitting rattling the Pole in the First half. The took the lead after after 20 minutes into the second half with Ronaldo’s great finish but United dominated the game late for the 2 – 1 win and almost made it three, with one squandered opportunity by Rashford before the final whistle.

“I have seen the replay in the dressing room,” the five-time Ballon d’Or winner told Viasat.

“I didn’t realise it was a fantastic goal, but I did good movement and I kick with the ball strong. I was happy for the goal but we are a little disappointed because we should have won the game easily, by three or four goals.

“Manchester, they didn’t do much, in my opinion. They created two chances, set pieces, I know the English teams they are always looking for the set pieces. But we will learn from our mistakes and we are still top of the group so we are good.”

Manchester United will now turn theit focus to the Manchester Derby during the weekend, as they plan to continue their Premier League winning run.