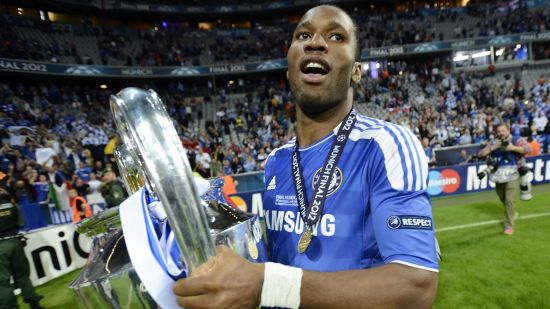 Chelsea legend Didier Drogha announced his professional football retirement  which has spanned about 20 years on Wednesday, after spending the final years of his professional career at Phoenix Rising in the US.

He started out his career at French side Le Mans in 1998 and at 23 joined Guingamp in 2002, Olympique de Marseille in 2003  before making the big move to Chelsea, where under Jose Mourinho and helped the club win their first top flight English title in 50 years.

He had two spells in London and during his first scored the winning goal winning penalty in the Champions League final shootout against Bayern Munich having also equalised with a thumping header to force extra time.

Drogba is the Fourth highest Goal scorer in Chelsea’s History and has had spells in China, Turkey, MLS club Montreal Impact, leading the Canadian side to the Eastern Conference finals in 2015.