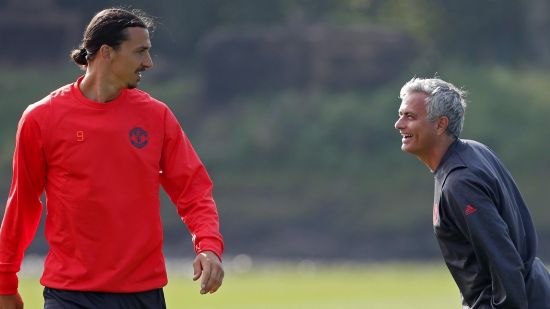 Former Manchester United striker Zlatan Ibrahimovic is the latest former United player to back the Portuguese Jose Mourinho to win the Premier League and also believes he is the right coach for the Job.

Jose Mourinho has been under pressure recently, as United fail to grind out good results, especially at home and had to come from two goals down to secure a win against Newcastle initheir last home game.

“I think he has the ability to win [the Premier League]”

“I think he is the right coach for that club, for that team. But a coach is only as good as his team, so it’s not like he can do miracles if the team is not good enough.

“And I feel the team is good – it’s progressing, becoming better. This is his third year, the players know more and more the way he wants to play and how he wants it – so I believe, yes.”

Wayne Rooney and Louis Saha had later sent the Portuguese backing and also called on the players to support the 55 year old.