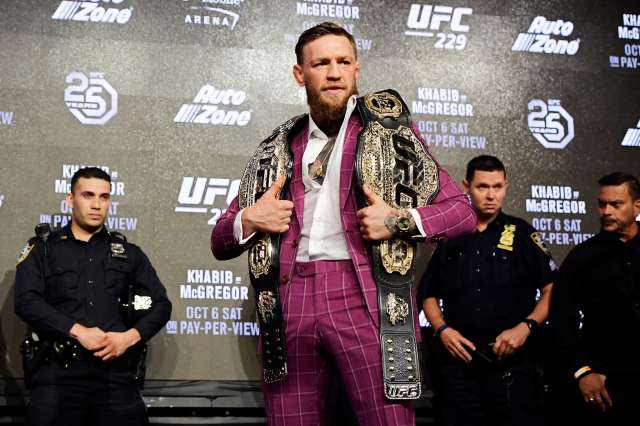 Going into the fight as an underdog with almost 2 years since his last fight in the Octagon. Teammate Cian Cowley believes his capabilities have been forgotten too quickly by those ruling out a win for the Irishman and that he will no doubt silence his critics.

“People are so quick to forget about Conor’s ability, where he has been, the fights he has been in and the level of opponents [he has faced]. Every time he’s been matched against these lads it’s always the same bollocks talk. I just don’t know how people don’t see that,” Cowley told the Eurobash podcast.

“Think about it: the Mayweather fight and all that’s happened since then….the Alvarez fight must be two years ago now. He’ll be a different fighter now than he was then. That’s a long time ago. He’s matured as a fighter, especially after what he’s been through with Mayweather. He had the 30 minutes with Mayweather and he had the whole camp involved with that fight…that’s different level type sh*t.”

Cowley who is signed under the Brave FC banner believes that Conor McGregor is not driven by the big hate portrayed to be between SBG and Khabib Nurmagomedov’s camp by the media and says the team is puttingpin so much work for the fight on Saturday.

“We’re all here to see that, the whole team. I’m behind Conor 100 percent in everything, inside the ring and outside the ring, I’m over his shoulder the whole time. He’s a big thing for our country…huge…not only as a fighter but as an Irishman as well. That’s what we’re all here for: support, watching the greatness unfold and watching him slap the head of this lad on Saturday and then the Irish are back on top.”

UFC : Am Planning To Turn Khabib Into A BobbleHead – McGregor