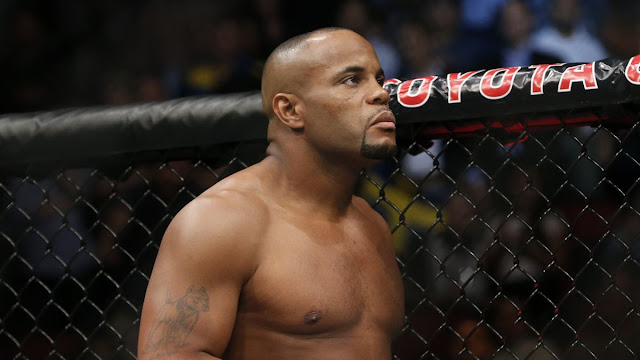 Daniel Cormier has made known he won’t be fully recovered for his Heavyweight Title defence at UFC 230 against his short notice opponent Derrick Lewis.

The two division champion Cormier won the UFC heavyweight title first-round knockout of Stipe Miocic at UFC 226  had damaged his hand in the process, which sidelined him since then and was expected to sit out till next year, for a big fight with Brock Lesnar.
Cormier’s break was called off out of despiration for a headlining Bout for UFC 230 and Cormier was ready to give that one more favor before the year expires.

“Man, I always wanted to compete, but I was hurt and I kinda set my sights on just waiting for Brock,” Cormier explained Monday on The MMA Hour. “Then the UFC called me and asked me. That’s generally how it goes, but this time they said, ‘Can you fight in a few weeks?’ And I was like, ‘Well, honestly, I’m not ready to fight right now, but I could see where I stand. I could see if there’s any chance that I could get in a fight.’ They said Derrick Lewis. I said, ‘Okay, let me go see if my hand will hold up when I punch something. If it does, then yeah, I’ll go fight.’

“It’s good enough to fight,” Cormier continued. “It’s not 100 percent, I’m going to be honest. My fist is closing but not all the way. It feels like now I have like a badly jammed finger. Like, it feels like my finger’s just jammed really badly right now.
“You ever had like a jammed finger and you just can’t really pop it? It kinda like sticks up a little bit more than the other finger? That’s where my hand is right now, so my pointer finger doesn’t close completely.

Like, I can’t make a closed, tight fist, but it just feels like if I could pop it, I would be okay. The problem is I’m just too afraid to pop it. It hurts. Like, I’m not popping it. I’m just kinda hoping that if I’m sparring and I punch someone, that it pops and goes back to normal.”