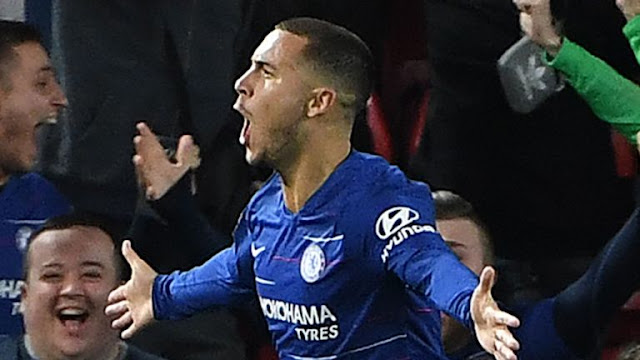 Southampton will host Chelsea at the St Mary’s stadium Sunday afternoon with the believe they could upset odds, because they are a very good team, In a very good situation, says Saints Boss Mark Hughes.

Chelsea led by Maurizio Sarri, will also love to top the Premier League table ahead of Liverpool, who face Manchester City  later in the day.

“We all think we’re in a good situation in terms of performance,” he said. “Clearly if we perform well, ask questions of a very good Chelsea team at home, and ride our luck – then I think we’ll go very very close to beating them.

“We’ll always ask questions of good oppositions because we are a good team. A lot of these guys have played together for a long time so they have an understanding of each other as individuals, team-mates and persons, and that’s important.

“The character we showed at the back end of last year is still very much within the team, and it will sustain us and make sure that we’re successful.”

Mark Hughes also singled out Chelsea’s key player Eden Hazard for Praises  also tipping him to reach Lionel Messi’s level soon, as he has been on magnificent Form of late, scoring six goals.

The Chelsea skipper will also a big worry for Mark Hughes side going into the clash, as he tends to deliver in tough games, such as their Liverpool clash last weekend.

“He is playing at exceptionally high standard, [Lionel] Messi didn’t do bad the other week as well!” he said.

“He’s got that stardust that all the top players have, even if they are not functioning as a team collectively then you know that in one second he can change the game, even if as the opposition team you’ve done everything correctly.

“Hopefully [Chelsea] won’t be as good at converting chances as Eden Hazard is at the moment because of the form he’s in.”