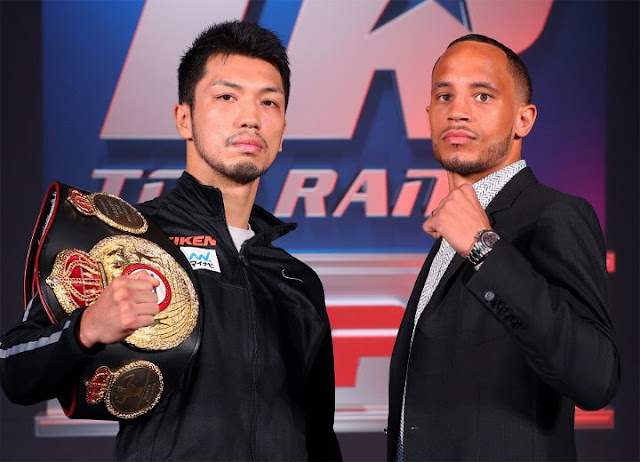 Rob Brant has been offended by rumors his opponent, WBA ‘regular’ middleweight champion, Ryoto Murata looking beyond him and talks of facing Gennady Golovkin in 2019.

Ryoto Murata will place his WBA ‘regular’ middleweight title against Rob Brant at the Park Theater in Las Vegas on ESPN+, on Saturday.

“Yeah,” said Brant (23-1, 16 KO’s) to BoxingScene.com. “I absolutely find that disrespectful. I actually just heard about it. I try and stay out of the social media and all that, especially closer to fight time.

“But I was scrolling through and I happened to see he’s talking about ‘Canelo’ (Saul Alvarez) and the Mexican meat and Tom Loeffler (Golovkin’s promoter) is going to be at the fight.”

Brant Views the talk as an extreme disrespect, that he looks past him and has according him voiced out his anger, because he sees himself, as a worthy challenger.

“I thought it was extremely disrespectful and I voiced that at the media workout yesterday,” he said on Thursday afternoon.

“So even today when he addressed that question, he said,’I have to finish this fight’ and yada, yada but I know that the thought is there for him in terms of looking past me. Which I thought was disrespectful again, nothing’s going to hurt or help him on Saturday night.

“It’s just something I found interesting in a champion to express something like that when he’s got a worthy challenger in front of him.”