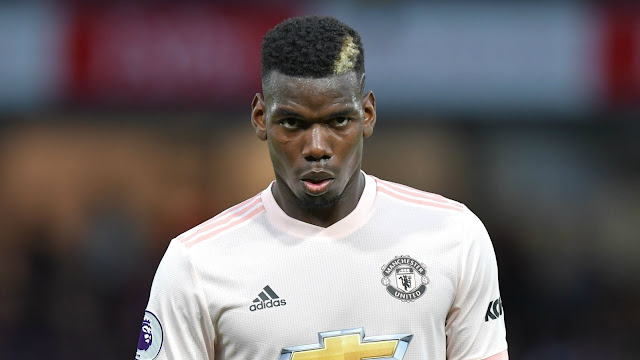 Paul Pogba has been Manchester United’s star of the era and has been Key in recent victories (Home and Away) for the Club, but most times flops, so bad, becomes the center of their loss.

Paul Scholes has recently been very critical of Jose Mourinho and his roughly, disorganized team but has been able to discover that Paul Pogba seems to have a mind “switch”

Against Wolves, Paul Pogba had been great with the ball  giving Fred that wonderful pass early in the game but also was easily dispossessed for the equalizer, which Scholes, believes fall to his lack of focus or his cBrain Actually Switches Off”

“How old is he, 25? He does some of the best things in games, a great pass or dribble, a great touch or dribble,” Scholes told ESPN .

“Then, five minutes later, he’ll do one of the worst things like his brain has switched off, like it’s all about him because he’s just shown everyone how good he is.

“That becomes easy to play against because you know that cockiness will come.
“Against Wolves, he showed a great touch to Fred but then the next minute he’d given the ball away in midfield, which led to a goal. That sums him up.

“We never saw that at Juventus, but [Pogba] was a smaller fish there. Look around that team, with [Gianluigi] Buffon, [Andrea] Pirlo, [Leonardo] Bonucci, [Giorgio] Chiellini, [Claudio] Marchisio: great experienced players.

“I loved that team, especially Pirlo and the way he was so relaxed as he controlled the game. Pogba was part of a great team but he’s come to United where he’s got nobody to control him like he had at Juventus.”

Manchester United will head to Stanford  Bridge to face Chelsea, with hopes of taking three points from the joint league leaders.

Manchester United Paul Pogba Should Leave, If He Wants To