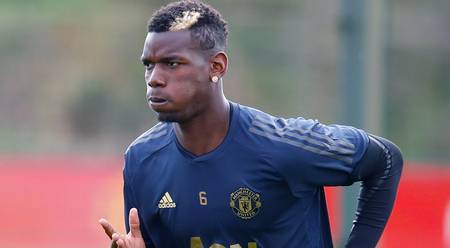 Paul Pogba appeared to send another Jibe at Jose Mourinho during the international break, while answering questions about his interests in becoming Captain of the French national team.

The Manchester united midfielder Pogba was demoted from his position, as an Assistant captain, after his statements to the media angered his boss and sparked a fued which has reportedly created divisions in the dressing room.

“I’ve never played in the France team to be captain, being here is already a big thing for me.

“You don’t have to be captain in order to speak, a leader is not someone who has the armband. As a leader you can talk on the pitch but I’ve seen leaders who didn’t necessarily talk.”

Paul Pogba will return to Manchester United after the international break and will be in line to face Joint League leaders Chelsea. A game that will probably decide Jose Mourinho’s future at Old Trafford.

Paul Pogba Says He Does not Deserve Ballon D’or Award