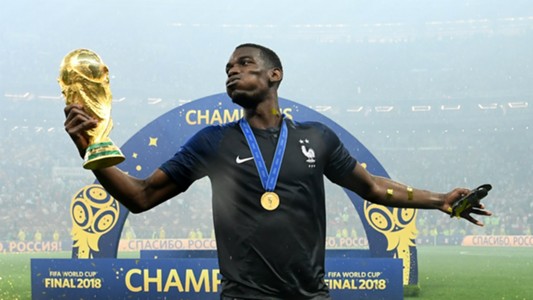 Paul Pogba has made clear, he does not deserve to win the Ballon D’or despite noticing his name mentioned among the 30 footballers nominated for the prestigious Award.

Seven of the 2018 World cup winning squad made the list, including Paul Pogba but he insists that, he has not done enough to to be that list.

“Whether it’s Grizou (Griezmann), Kylian (Mbappe) or Raph’ (Varane), they deserve it much more than me,” Pogba told AFP.

“I can not designate one. But I hope with all my heart that this is one of the three.
“One of the four also because there is NG (Kante). That’s all I hope for anyway, because there are many who deserve it. I do not put myself in.”