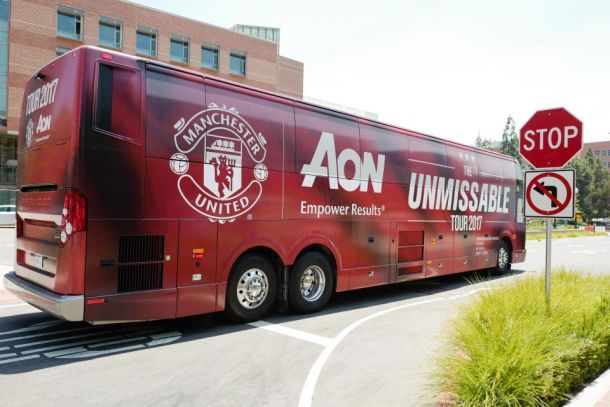 Manchester United has been fined 15,000 euros (£13,202) by UEFA, for coming in late for their Home Champions League fixture with Spanish side Valencia, earlier this month.

The Game against Valencia, had its kick off delayed by five minutes, as ManUtd team Bus couldntc make it on time for the KickOff. UEFA’s Control, Ethics and Disciplinary Body have fined United 5,000 euros (£4,402) for the late arrival of the team, and a further 10,000 euros (£8,813) for the late kick-off.

Jose Mourinho, who was given a formal warning, blamed the late arrival on the Greater Manchester Police (GMP), for refusing to provide the United team with suitable escort to the ground from the Lowry Hotel. The Police on the other hand, said it was due to no identifiable treats.

Manchester United will face Valencia in Spain for the return leg of the UEFA Champions League.

Paul Pogba’s Brain Switch Goes Off, At Times In -90 minutes