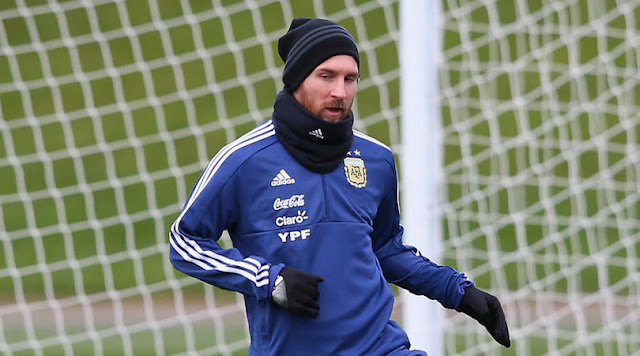 Lionel Messi has featured in four world Cups since his debut with Argentina in August 2005, scoring 65 goals in 128 appearances.

“Of course he can. But this needs a process, considering what has happened up to now.

“Processes don’t break, they are corrected. For the next World Cup or Copa America, there needs to be an organisation, unlimited confidence and know what the process requires. In other words, if the Copa America is not won, we need to maintain that process and not break it. Enough of that madness where if you don’t win, you are a loser. It’s not like that, if you believe, then it’s possible even if it may happen later on. But you have to believe.”

Sampaoli, who coached Argentina for 13 months said, he had never seen such an incredibly committed player and that it was really a privilege to coach the Best Player in his time as a coach.

“It was incredible,” Sampaoli said of Messi. “Especially seeing him so committed, suffering a lot when we didn’t win. The best player in the history was very committed. Leo suffered like no one else, it was a big weight for him not to have been able to transcend as a team.”

“To have the best in the world in your team forces maximum exigency,” he said. “The rest of us have to be at his level. But at times you can and other times you cannot. We had that battle every day. To have Leo forces you not to have a margin of error when it comes to winning.”