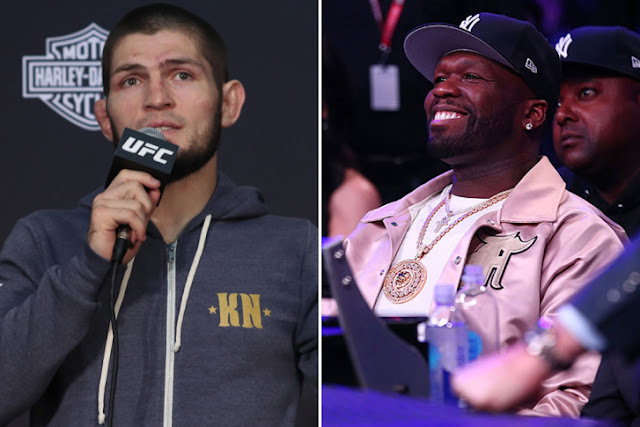 Following the post 229 Near Riot, Khabib Nurmagomedov has not been in good terms with the UFC and will still be receiving his punishment soon, for perpetrating the act that ended with his team and McGregor’s team exchenging fists.

Earlier this week, Khabib sent a warning to the UFC, after receiving the information that everyone arrested during the incident  under the UFC banner will be released. His messages were clear and direct “If UFC Releases My TeamMate, They Will Lose Me Too”.

Today, 50 Cent made an offer via a post on Instagram telling the Newly Crowned but Controversial UFC Lightweight Champion to make aaswiwitch to Bellator MMA for Two Million Dollars.

Saying, He will be the one to deal with the UFC and his still active contract with the promotion and Khabib replied “Send Me The Location” 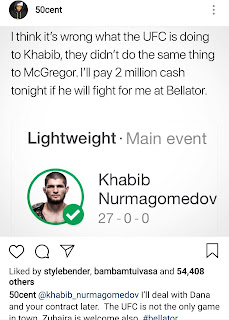 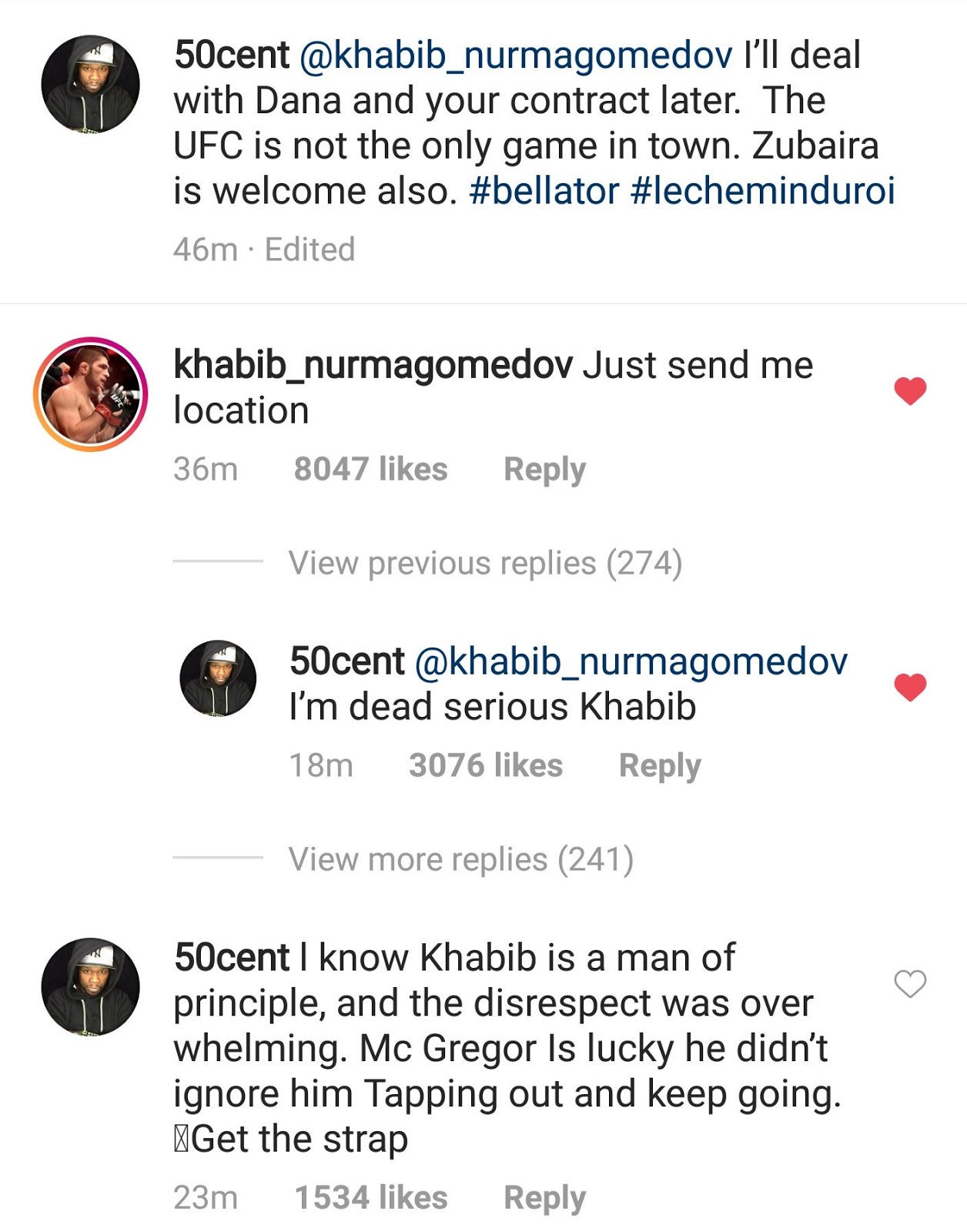