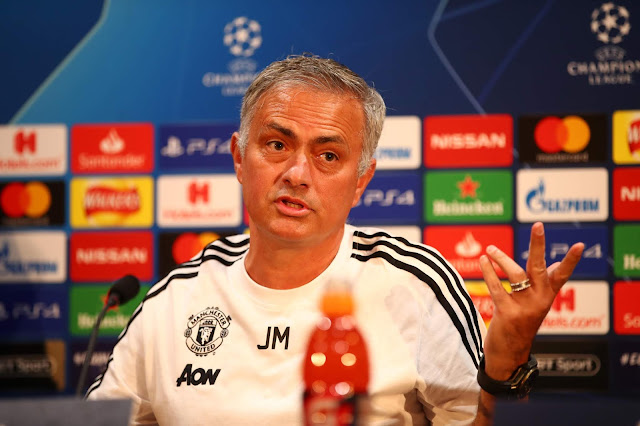 Jose Mourinho spoke to the media at exactly 2pm today, speaking of the issues surrounding United’s Champions League clash with Spanish side on Tuesday evening.

Here are few quotes from the Portuguese..

“After 20 years of football I am still the kid I was 20 years ago, and I am still naïve,” he said.
“But I still don’t believe a player is not honest. Ask people with great reputations in the game if they ever went to a game not to try to give their best.
“If somebody tells me ‘I was a player and on one occasion I didn’t give my best’, then I’ll change my opinion. Until somebody with a big reputation tell me ‘I was a dishonest player’, I will always believe the players are honest.”

14:07 Jose Mourinho Declined Talking About His Relationship With Ed Woodward

“That’s a private matter. I’m not going to answer to you,” he asserts.

“The performance on the pitch is the consequence of many factors. Luke Shaw for example said ‘we players on the pitch have to give more’. I like that perspective but I don’t agree totally. All of us have a role to play, everybody at the club.”

14:15 Jose Mourinho Some Players Care Than Others

“Sometimes what you see is not what you get. I think that some care more than others.”