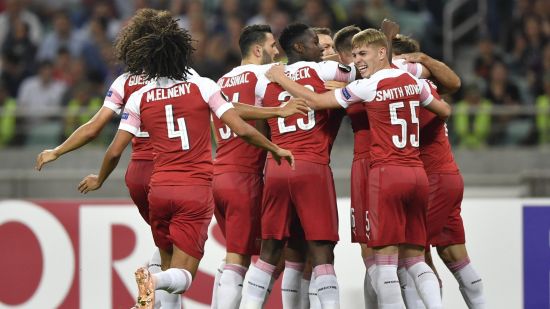 Man Of The Match : Alex Iwobi.

Arsenal have won eight consecutive games in all competitions for the first time since April 2015 (nine games in that run).

FK Qarabag have lost each of their last four games in the Europa League, their worst ever run in the competition.

20 different players have scored for Arsenal in the Europa League since the start of last season (excl. own-goals), nine more than any other team.

Sokratis became the first player to score a goal for Arsenal in any competition who never played a competitive game under former boss Arsene Wenger since Glenn Helder in January 1996.

Nacho Monreal has registered two assists in his last three games in all competitions for Arsenal, as many as he managed in his previous 61.

Emile Smith-Rowe (18y 67d) is the youngest player to score for Arsenal in a competitive game since Alex Oxlade-Chamberlain against Olympiakos in September 2011 (18y 43d). Blossom.

With Sokratis, Smith-Rowe and Matteo Guendouzi all getting on the scoresheet for Arsenal, all three scorers netted their first competitive goals for the club in the game.