2017/18 finalist Liverpool FC and Napoli will Lock horns, ones again in a UEFA Champions League group C crucial tie. The loser destined for the Europa League, while the winner will get into the Knockout stages of the competition.

Napoli edged Liverpool in their last Clash 1 – 0 in Italy and this time Liverpool FC will get the home advantage at Anfield, having lost their last European fixture to PSG. They will really need the result and not just to qualify for the knockout stages of the competition but also to silence their last season critics.

In those six games Liverpool have scored 14 goals in their last six games boasting a record of  2.3 goal per game record going into this fixture, while Napoli have 2.0 goals per game with 12 goals recorded in those six games. 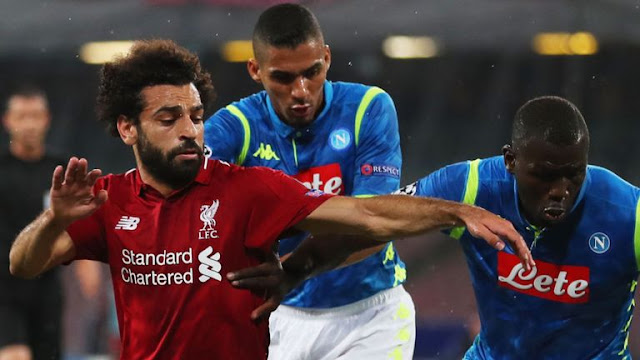 Napoli inflict a loss to Jurgen Klopp’s Liverpool in Italy, taking all three points with a late goal to lead group conferences with four points.