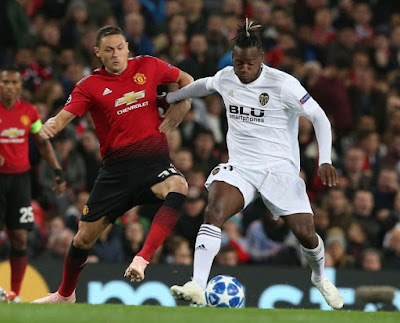 After a poor run of Form, which saw the Red Devils get just one win in five games, Manchester  United finally went back into the winning ways with a 4 – 1 trashing of Fulham at Old Trafford on Saturday, relativvely easing the pressure on Jose Mourinho.

Valencia on the other hand, has had an average result, picking up three wins in their last six games and with a 1 – 1 draw against Sevilla in the weekend, a good result against Manchester United will be needed to ease the pressure around Manila. 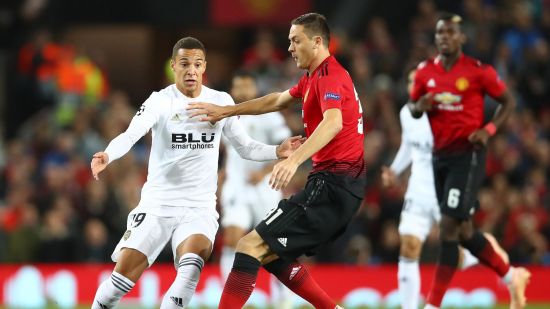 Manchester United secure one point against Valencia, now four games with out a win, as pressure piles on Jose Mourinho after his team drew 0 – 0 at Old Trafford. (UEFA Champions League) group H Fixtures.

Man Of The Match : MarcMa Rashford

Manchester United manager Jose Mourinho has gone four consecutive home games in all competitions without a win for the first time in his managerial career.
Manchester United are winless in their last four games in all competitions at Old Trafford; their longest such run since December 2015 (under Louis Van Gaal).
This was just Valencia’s second draw in their last 18 group games in the Champions League (W8 D8), with the previous one coming back in November 2012 against Bayern Munich (1-1).
Manchester United have faced Valencia on more occasions without losing than any other Champions League opponent (P7 W2 D5 L0).
Three of Manchester United’s last four games against Spanish opponents in the Champions League have finished 0-0 (previously against Real Sociedad in November 2013 and Sevilla in February 2018).