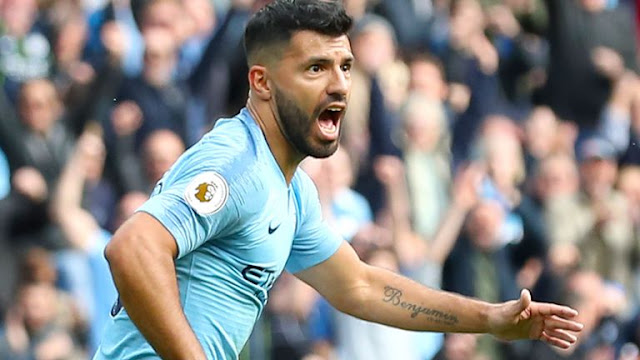 Manchester City easily beat Burnley 3 – 0 at the Ethiad stadium to secure to spot in the premier League table, ahead of Liverpool, who face Huddersfield Town later in the day.
Goals (5-0) And Cards

Man Of The Match :   David Silva

This was Manchester City’s 23rd Premier League victory by a 5+ goal margin – 10 of them have been under manager Pep Guardiola.

This was just Burnley’s fourth Premier League defeat by a margin of five or more goals – half of them have been against Manchester City.

There were just 115 seconds between Manchester City’s second and third goals in this game.

Man City’s David Silva provided more than one assist in a Premier League game for the 12th time – only Ryan Giggs (17), Cesc Fabregas (17) and Thierry Henry (13) have done so in more.

Aguero has scored seven goals in seven games in all competitions against Burnley – including netting in all four appearances against them at the Etihad.

David Silva has assisted Aguero more often than any other Manchester City player in all competitions, with the Spaniard’s assist for him today his 20th.