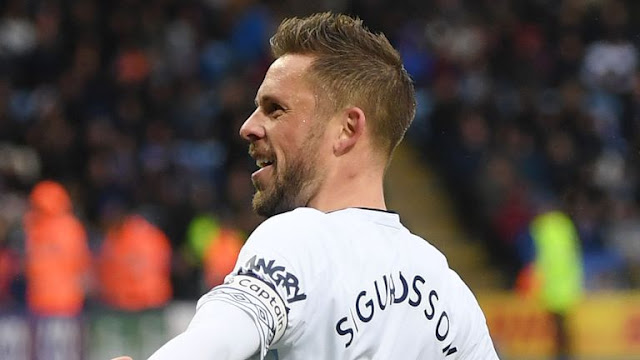 Everton FC overpowered 2015 Champions Leicester City, coming from a goal down to seal a 2 – 1 victory at the king power stadium.

Man Of The Match : Gylfi Sigurdsson

Everton have won consecutive Premier League games for the first time this season.

Leicester have lost two of their last three Premier League home games – as many as they had in their previous 11 at the King Power Stadium (W4 D5 L2).

Everton midfielder Gylfi Sigurdsson has scored 19 Premier League goals from outside the box – no player has more since his debut in the competition (level with Philippe Coutinho).

Richarlison has scored four goals in his six Premier League appearances for Everton this season – just one fewer than he scored in 38 games for Watford last term.

Leicester captain Wes Morgan has been sent off in two of his last three Premier League games. He’d only seen red in one of his previous 137 in the competition.