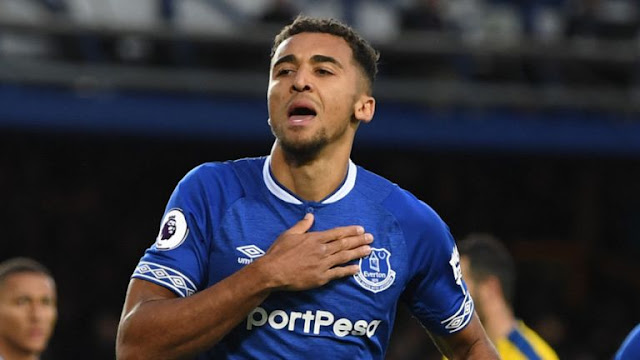 Everton rally late with two substitutes finding the net , as they secure a 2 – 0 win over Crystal Palace at Goodison Park on Sunday. They are now 8th on the Premier League table  while Crystal Palace sit 15th after 9 games.
Goals (2-0) And Cards

Man Of The Match :   Jordan Pickford

Crystal Palace manager Roy Hodgson is now winless in all eight of his Premier League visits to Everton (D1 L7), against no other side has he managed more away games in the competition without winning at least once (also eight v Tottenham).

For the first time since August 2017 (Man Utd v Leicester – Rashford, Lingard and Fellaini), three substitutes were directly involved in a goal in the same Premier League game (Calvert-Lewin, Lookman and Tosun for Everton today).

Calvert-Lewin and Tosun are the first two Everton substitutes to score in the same Premier League game since March 2014, when Kevin Mirallas and Steven Naismith netted against Fulham.

Milivojevic’s penalty miss was his first in the Premier League for Crystal Palace since December 2017 v Manchester City, and just the second penalty he has failed to convert in 11 attempts in the competition.