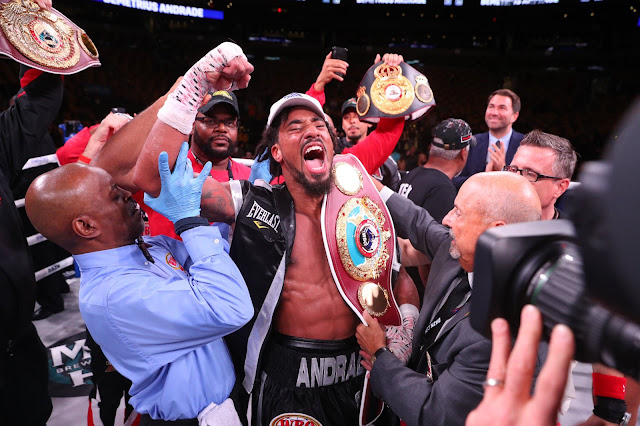 Demetrius Andrade dropped Walter Kautondokwa four times in the opening four rounds but almost got himself disqualified in the first .  He dominated the fight, as the Namibian giant looked slow and gave Andrade an easy body target to hit throughout the twelve rounds.

The Namibian giant showed great heart, holding on to the final bell, but Andrade, who became a two-weight world champion with the win couldn’t get that knockout the Fans expected, after the early knock downs.

He won all the rounds and will definitely cherish the moment, the belt and everything, because it might have gone the other way round, as he took the fight on short notice, a totally unknown opponent.

Watch Highlights Of The Fight Below