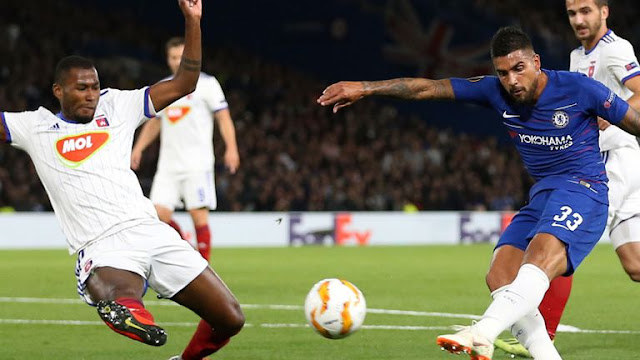 Chelsea FC grind out a 1-0 victory over Vidi FC in their UEFA Europa League group League Clash, also maintaining their perfect start in the competition.

Chelsea are now unbeaten in 10 games in all competitions this season (W8 D2), since losing their opening fixture against Manchester City in the Community Shield.

MOL Vidi haven’t won any of their last seven away UEFA Cup/Europa League matches, drawing one and losing six since winning 1-0 against Real Madrid in the second leg of the 1984-85 UEFA Cup final.

Chelsea mustered 27 shots in the game, last attempting more in a game in all competitions in May 2017 against Sunderland in the Premier League (28).

Chelsea have never lost a single home European match (excluding qualifiers) in a competition other than the Champions League (P36 W29 D7 L0).

Chelsea striker Alvaro Morata finally scored his first Europa League goal of the season with his 14th attempt and only his second on target.

Willian has been directly involved in five goals in his last six games for Chelsea in European competitions, scoring four and assisting one.