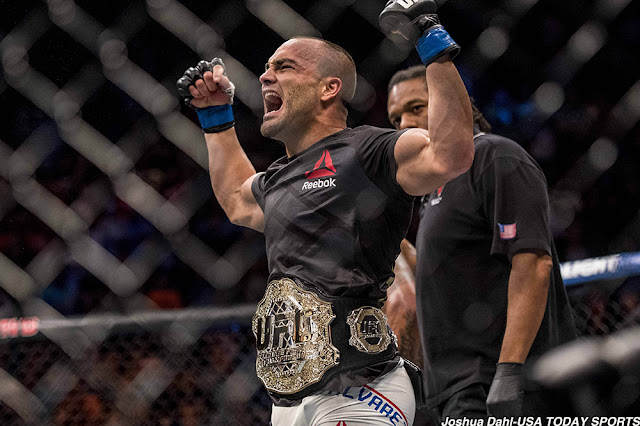 Former UFC Lightweight Champion Eddie Alvarez has signed ONE Championship after running out of his contract with the UFC in July becoming a free Agent.

The News was announced by  ONE CEO and Chairman Chatri Sityodtong after Eddie Alvarez (29-6) inked the contract on disclosed terms.

AccordingAto reports, Eddie Alvarez had offers from the top MMA banners UFC and BellatorMMA but couldn’t agree to their terms, which has now prompted his move to the Asian Based MMA Promotion.

Alvarez left the UFC on the back of a Knockout loss to Dustin Poirier  at UFC on FOX 30, owning victories against ex-Strikeforce champ Gilbert Melendez, ex-UFC champ Anthony Pettis, and then-undisputed champ Rafael dos Anjos to win the UFC lightweight title.

Alvarez lost his UFC title to Conor McGregor by second round Knockout, marking the end of a very short titll reign.

Signing with ONE Championship will see him chase for a title a third MMA Promotion in his professional career. A two time Bellator Champion And UFC.