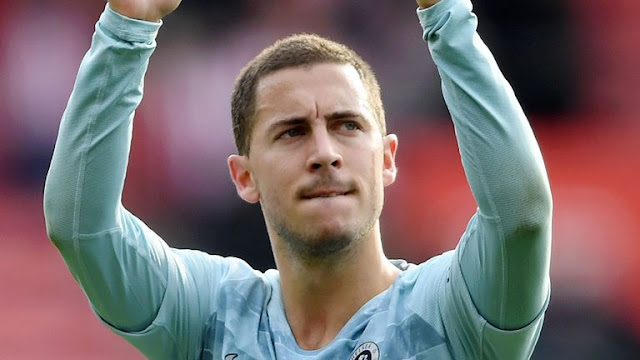 Chelsea and Belgian star Eden Hazard has been linked with a move to Spanish giants Real Madrid for some years now and has never hidden his love to play for the European Champions.

Earlier in the week, he made clear he was torn between his loyalty for Chelsea and his love for the Spanish side and today ahead of his International duty in Belgium Press Conference, said his move to Spain will help him win the Ballon D’or.

Hazard, who has scored eight goals for Chelsea, said he wants to go to Real Madrid to help boost chances of winning the Ballon D’or, while speaking to Skysports.

Asked if going to Madrid will help his chances of winning the Ballon D’or, he replied.

Hazard also called himself the best player in the world at the moment, though claiming to have lapses to improve on.

“Yes, I’m the best player in the world at the moment.” Hazard said laughing.
“But you can always improve. You can score more goals, more assists.”