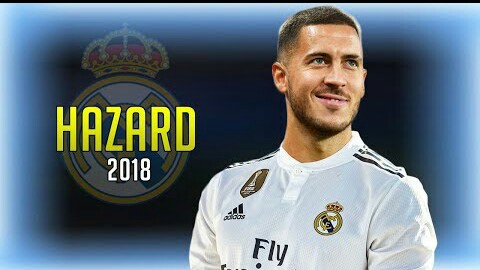 Chelsea Star Player Eden Hazard has shown much interest in making a move to  Spanish giants Real Madrid, which according to him will give greater chances of winning the Ballon D’or and other Individual prices.

Real Madrid have been performing at a very high level, with three Champions League trophies in a row and also producing winners of his dream individual prices in the last three years.

This according to Sky Sports pundit Steve Sidwell, shows no similarities with what Chelsea has to offer, except giving him a better wage.

“The only thing they can do is offer him a new contract and better his wages,” he added.

“They can’t promise him trophies, they can lay a footprint down to say ‘this is where we are going to look to be in the next two or three years.’

“But when you are linked to a club like Real Madrid, you’re near enough guaranteed top trophies.

“They have won the Champions League three years on the bounce. For someone who is looking to continue playing at the highest level and win the ultimate prize, it’s going to be a hard one to turn down.”

Paul Lambert stands with Steve Sidwell on the issue but believes that, Eden Hazard’s intentions of joining real Madrid isn’t Monetary Fueled and it is more, even more than Chelsea can handle.

“The problem you’ve got is Real Madrid, that’s a problem you have,” Lambert told Sky Sports.
“I don’t care who you are or what type of footballer you are, if Barcelona or Real Madrid get mentioned, you think ‘how good would it be to play at that level or that iconic football club?’

“I don’t think it’s monetary or anything like that.
“It’s the size of the football club that you could potentially be walking into.
“If he went into Real Madrid tomorrow, I wouldn’t wake up tomorrow and say ‘that’s a surprise’ – that’s how good he is.”