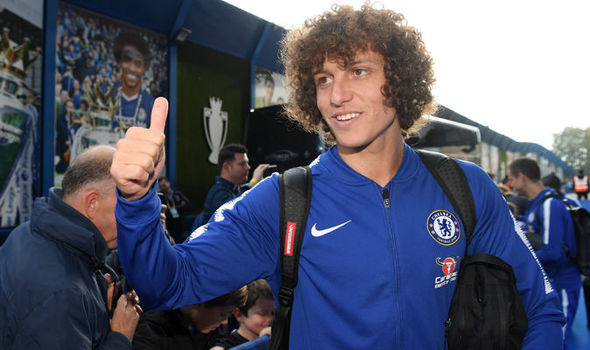 Chelsea took the early lead  against Manchester United during the weekend but couldn’t get a second goal in the game till just seconds to the final whistle.

Manchester United got dominated in the first half and seemed to have no bearing but in the second half staged an impressive performance, with Anthony Martial netting a brace but Luis believes Manchester United just got lucky and they were never playing to win.

“We tried to win from the beginning of the game,” the Brazilian said.
“We controlled the game with possession, trying to create some space to score some goals.

“They came with a plan just to defend and play on the counterattack. I think in the first half it was just us who played.

“We could have done better by scoring the second goal to kill the game, but it is never easy to win in the Premier League, especially against a big opponent.

He argues that Manchester United players, only got confident after their first goal, which he terms “lucky” and believes the story would have been different, if it was otherwise.

“It gave them a chance because we had only scored one goal and in the second half they came and scored a lucky goal with the ball touching a player and bouncing about.

“After they scored they had a bit more confidence, and it was a great game.
“This is the Premier League against fantastic teams, so we have to keep going and try to work hard.”