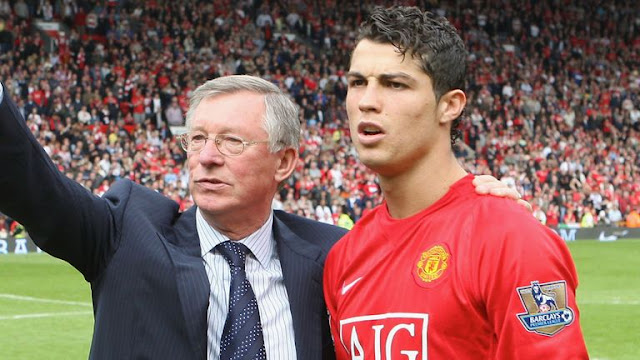 Cristiano Ronaldo has paid tribute to Manchester United’s legendary coach Sir Alex Ferguson, ahead of his return to Old Trafford with Juventus.

Cristiano Ronaldo will line up with Juventus against Manchester United for the first time , since helping Real Madrid knock out the English giants backing 2013.

Ronaldo has only special memories of the club, won three Premier Leagues, the Champions League and the Club World Cup at United under Ferguson.

“It is special for me to return to Manchester,” said Ronaldo, who has scored five goals in 10 games since joining Juve from Real Madrid in the summer.

“Here I have many memories of victories and affection and in particular with Sir Alex Ferguson, to whom I send a big hug. He is a person who helped me so much.”

He believes the game against Manchester United will be a “tough” one, due to Mourinho’s experience but expects his team to take all three points because they have their “weapons” .

“I know it’s going to be tough, but I think we have a chance,” he said. “We have to respect Manchester United, because they have a fantastic team, they have an experienced coach, but I expect Juve to win the game.

“It will be a difficult game. Manchester are a good team, they play at home and it will be tough for us. But we have our weapons.”

Ronaldo was sent off in his first Champions League start for Juve and after serving a one game ban, will make the starting line up ones again for Juventus.