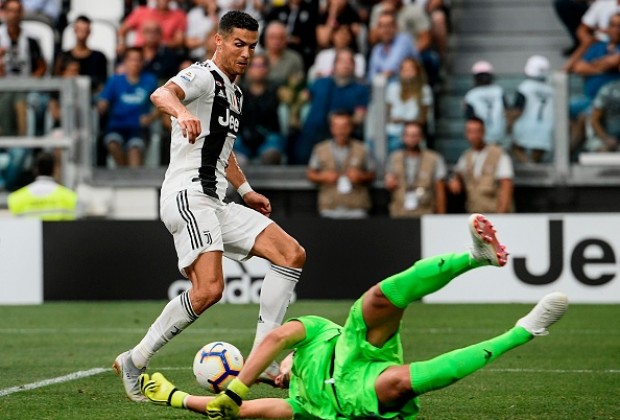 Peter Christiansen, A Lawyer hired to represent Cristiano Ronaldo has called through a statement, the Rape Allegations a complete fabrication.

The five time Ballon D’or winner was accused of Raping the American woman Kathryn Mayorga in June 2009, during his holiday visit to Las Vegas. An accusation the 33 year old has clearly denied.

The Lawyer in a statement, admitted Ronaldo had made contact with the American but was never a consensual kind of relationship and that the Juventus Star had also made an a non-disclosure agreement (NDA) in 2010.

‘I have been hired to represent Cristiano Ronaldo with respect to the recent civil complaint arising from events alleged to have occurred in 2009, all of which were the subject of a mutual release between the parties in 2010.

‘Given the breach of that agreement by the other side and the inflammatory accusations that have been lodged in the ensuing days as a result, Mr. Ronaldo feels compelled to no longer stand silent and in fact, is entitled under that agreement to respond proportionately in kind.

‘To be clear, Mr. Ronaldo vehemently denies all of the allegations in the complaint and has consistently maintained that denial for the last nine years.

‘The documents which purportedly contain statements by Mr. Ronaldo and have been reported in the media are complete fabrications. It is my understanding that in 2015, dozens of entities [including law firms] across many different industries throughout Europe were hacked and their electronic data was stolen and captured by a cybercriminal.

‘This hacker attempted to sell this data, and one media outlet has now irresponsibly published the stolen documents, significant portions of which were altered and/or completely fabricated. To absolve any doubt, Mr. Ronaldo has always maintained, as he does today, that what occurred in 2009 in Las Vegas was consensual in nature.

‘While Mr. Ronaldo does not deny the existence of the mutual agreement and release, his motivations for agreeing to that resolution have been twisted to say the least. Far from any admission of guilt or any ulterior motive, Mr. Ronaldo was advised to privately resolve the allegations against him in order to avoid the inevitable attempts that are now being made to destroy a reputation that has been built upon hard work, athleticism and honour. Unfortunately, he now finds himself embroiled in the type of litigation that is all too commonplace in America.

‘While Mr. Ronaldo is accustomed to being the subject of press attention that goes along with being famous, it is absolutely deplorable that any media outlet would support or advance such an elaborate and deliberate defamation campaign based on stolen, easily manipulated digital documents.

‘Mr. Ronaldo will leave future discussion of any and all legal matters to his attorneys here and in Europe. He is confident that the truth will survive this frenzy and the laws of Nevada will be upheld and enforced.’