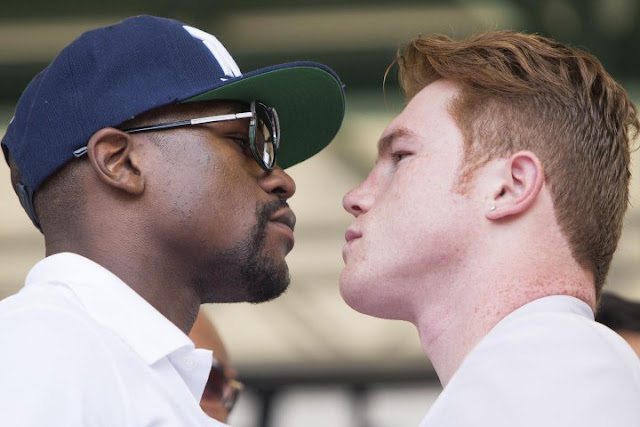 WBC and WBA unified middleweight champion Canelo Alvarez has expressed interest in a rematch with the now Mayweather Jr.

Canelo Alvarez has only lost to Mayweather in his professional career and blames that loss on his inexperience. A bout took place at a catch-weight of 152-pounds, with Mayweather dominating the contest over twelve rounds at the MGM Grand in Las Vegas.

Canelo Alvarez is willing to correct his errors in the first fight and will be happy, if Mayweather makes the comeback to face him.

“In that first fight, experience beat me, as I was young,” Canelo said. “And I don’t have much more to say than his experience beat me and he is a great fighter. I’d love to have the opportunity to prove myself at this point in my career. I think it would be very different and if he is willing to come back, I would love to have that rematch. Show the people, who is truly the best.”

Mayweather has never faced anyone beyond the super welterweight limit and presently on talks for a return Fight with Manny Pacquiao, though rumors have it, He is also willing to face UFC Star Khabib Nurmagomedov