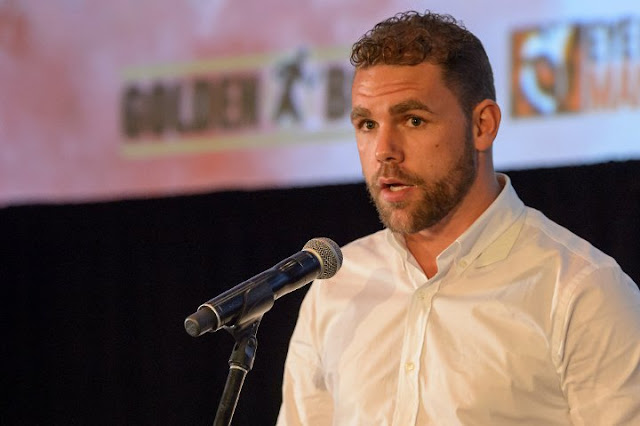 Billy Joe Saunders has been denied Boxing License By the Massachusetts State Athletic Commission on Tuesday, which definitely puts the mandatory defense of his WBO super middleweight title against Demetrius Andrade in jeopardy.

Saunders (26-0, 12 KOs) teated positive to the banned substance Oxilofrine, which he and his team said was due to the Nasal spray he used but the commission refused to grant him license for the fight with Andrade (25-0, 16 KOs)  which was scheduled for October 20 at TD Garden in Boston.

WBO president Paco Valcarcel told ESPN.com on Tuesday, that the WBO champion will be given an opportunity to appeal the Massachusetts State Athletic Commission’s denial of his license application with the WBO and because of that development  sanction Andrade-Walter Kautondokwa fight for its interim middleweight title.

Demetrius Andrade and his team had still wanted the title fight with Saunders despite the doping issues and did in no way pushed for the MSAC to deny Saunders of their Boxing license.