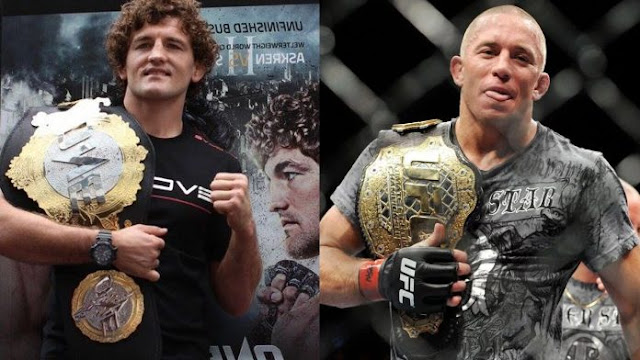 Ben Askren, after finalizing his big switch from ONE Championship to UFC, has spoken out concerning about his potential opponents on the Banner and those he will like to humble.

“You know who I think sounds like an easy target – and I’m kind of picking him out because he sucks? It’s Darren Till ,” Askren said. “And I don’t really like him, either. So it makes it really easy that I don’t like him – I’d like to beat him up. I think he sucks, so it’d be an easy fight. He’s ranked very highly, obviously.”

News : Daniel Cormier Threatens To Slap Brock Lesnar, If He Enters The Octagon At UFC 230

Askren feels Till is just too immature right now and will really do well, after he gets some smacking around like a big brother would to a Punk.

Concerning Colby Covington, Askren doesn’t like him at all and believes his team mate Tyron Woodley will make an easy work of him, because he is such a “Jackass”

“You know who I would love to beat up and I’m pretty sure Tyron is fighting him, is (Colby Covington),” Askren said. “I’ll be like Tyron’s street sweeper, right? He knocks him down and I clean him out. I don’t like Colby at all. He is such a jackass.”

Another fight weighed up by the incoming former ONE champion, is a fight with UFC lightweight Champion Khabib Nurmagomedov. This is because, he sees flaws in his game and will want to show the world, he is better.

“I think it’s great, because I think I’m better at what he does than he is,” Askren said about how the two match up. “And if you look at us we have very, very similar games. I’m just a little bit better at it than he is. Understand what I’m saying: I like what he does, I like how he does it, because I do it the same damn way. I’m just better at it. Obviously, in some of his past fights, he has been stopped on his takedowns, but one of the things that wrestlers fail to do, which is super important, is you need to be persistent.

“You’ve just got to keep going after it and that’s what he does. He’s a man on a mission – if you remember that Barboza fight, I believe Barboza stopped two or three early takedowns but then all of a sudden Barboza got fatigued and Khabib just beat him senseless.”