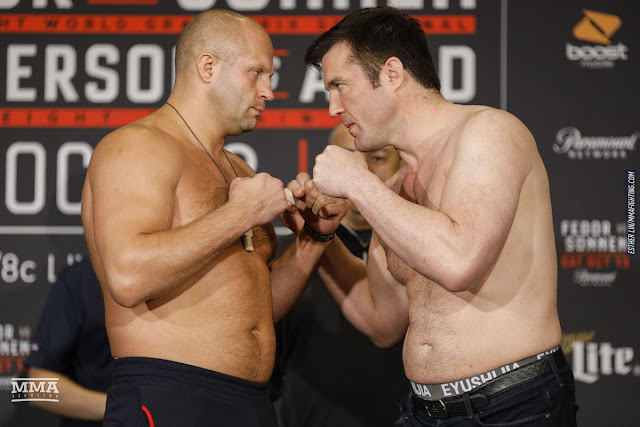 Bellator MMA will stage its 208th Event at the Nassau Coliseum in Uniondale, N.Y. Fedor Emelianenko and Chael Sonnen will both exchange fists in the main event to decide who faces Ryan Bader in the final of the Bellator Heavyweight Grand Prix early next year.

Ryan Bader dominated and defeated Mitrione via Unanimous decision at Bellator 207, which took place 24 hours before this event kicks off.

Scroll Down For Full Results