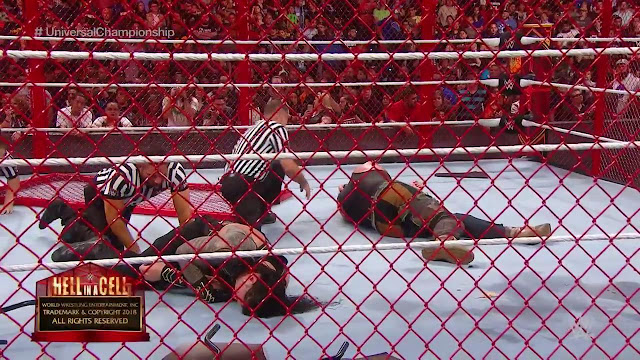 The WWE Universal Champion Roman Reigns and Challenger Brawn Strawman got rumbling in the main event of the WWE HHel In A Cell 2018 main event.

Strawman had Reigns repeatedly pounder with the steal steps, Reigns on his part had already sent Strawman smashed through a table and inflicted much pain on one another, while their teams, The Shield and hddhdh Knocked themselves out atop the cage before Brock Lesnar happened.

Brock Lesnar destroyed the main event  first broke through the doors of the steel cage, the administered F5’s to both fighters and beating them up till the fight was called off.