Watford Star : Manchester United Star Has Always Been A ShowOff 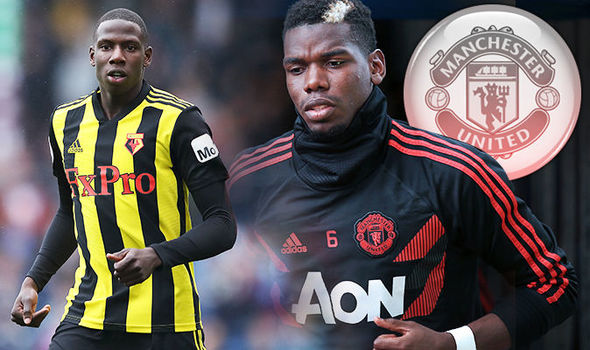 Watford will welcome manchester United after the international break, as they hope to continue their 100% record in the Premier League this season and the threat they bring has with Pogba in the midfield, isn’t skipping Watford’s Abdoulaye.
Abdoulaye played alongside Paul Pogba in their under 17 to under 21 days and understands the pressure the United star is facing due to his Inconsistent performance,  but says the 26 year old has never been different

“I played with Paul since the U17s. He was always the same. “He likes to show off a little bit. Both on and off the pitch. He has this personality – because he is good on the pitch as well. It’s good for him.

“Paul brings a lot of personality, and shows-off sometimes. But it’s good in to have that in Football. We still speak. I sent him a message after the World Cup to congratulate him.

“He’s a very nice guy, very natural. Today there’s a different dimension, because he is a superstar, but he was always the same.

Abdoulaye, who has not had the career oppotuinities Pogba has had, praised his ability to adapt , citing his accomplishments in the Italian Serie A and what he has been able to achieve with manchesMan United.

“He liked to laugh, to talk about everything. At Under 17 he was physically, the same as he is today. He was in advance of everyone else and he had his technique. He grew up in Italy, and he did very good things in England with United. ”

Of course, is a very important player for United now. We have to be aware of him, he will be very dangerous for us.”