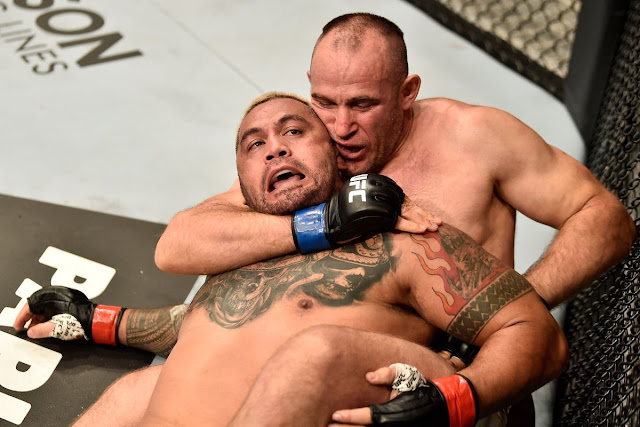 Aleksei Oleinik won the main event of the UFC FighFiNight 136 Bout with a RNC win over Mark Hunt to cap his 69th career fight with his 47th finish.

Hunt made the fight hell for Oleinik, with his hard hitting leg kicks and would have been favourite, had the fight gotten to the judges scorecards. Oleinik later admitted he felt the sting.

Oleinik however, got the job done at 4:26 mark of the opening round to make it a record of 12 career RNC finishes which also ties his 12 career Ekeziel chokes for his most-executed finishes.

“I planned and I practiced submission victories in my prep, but the Ezekiel choke wasn’t one of them,” Oleinik said.

And on Hunt kicks he said :“I totally felt it, Probably three or four more of these and it probably would have affected the outcome.”

Hunt’s record now becomes 13-13-1, having lost two straight and three of his past four. 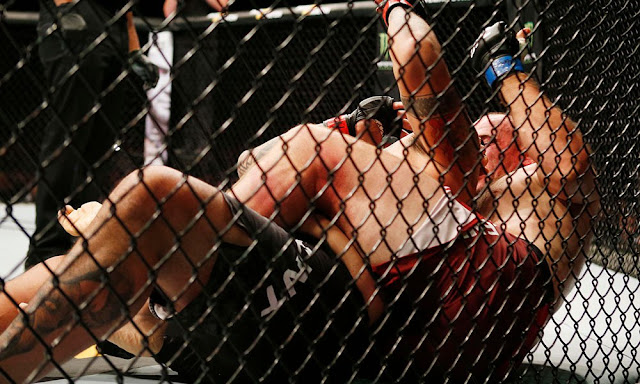