UFC 228 – Tyron Woodley vs. Darren Till Weign In Results 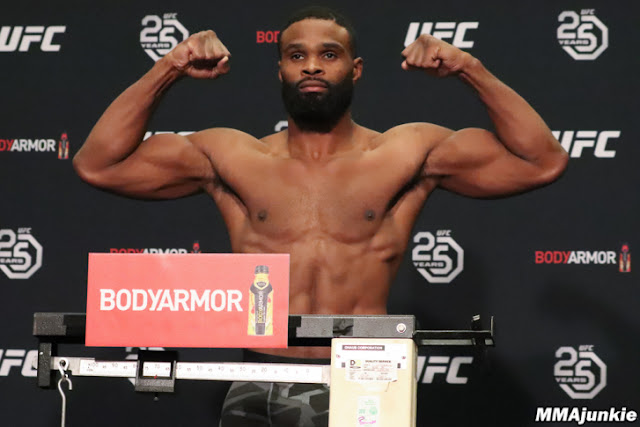 Tyron Woodley will be defending his UFC Welterweight title against Darren Till, in the main event of the Pay-per-view broadcasted UFC 228, which takes place at American Airlines Center in Dallas.

The Undercard fights will be streamed live on prelims on FX and UFC Fight Pass,
the UFC’s digital streaming network.

Tyron Woodley (18-3-1 MMA and  Darren Till (17-0-1 MMA, 5-0-1 UFC) made weight for the event, despite a little controversy, as Woodley was initially announced at 171. This cooled off after Woodley, stripped to make the WelterWeight Limit.

The Co – Main Event which was to have Inaugural flyweight title holder Nicco Montano (4-2 MMA, 1-0 UFC) defend her title against former bantamweight title challenger Valentina Shevchenko (15-3 MMA, 4-2 UFC) has been scraped off the UFC 228 card, as Montano got Hospitalized before Weigh In. 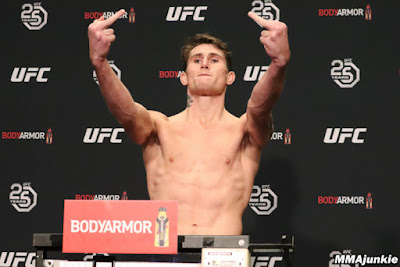