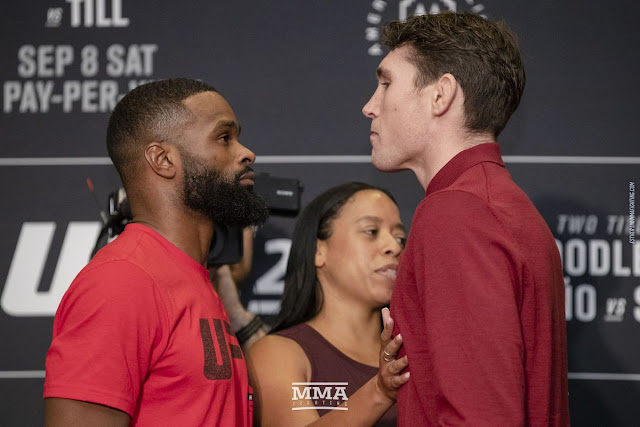 Tyron Woodley defeats Darren Till by Submission (Brabo Choke) at 4:19 of round two.

An early onslaught from Tyron Woodley had Darren Till grasping for air andait continued till the end of the first round and Even if Till survives this, he’s going to be even more wary of Woodley’s takedowns going forward and even more tentative.

Till looked completely helpless when taken down in the first and Woodley now knowing his weakness capitalized on it, submitting him before the end of the second round.

Andrade is an absolute tank! What a knockout that was, Karolina never been knocked out too but she just does get hit too much during fights and that’s something you can’t afford to do against someone like Andrade. Low kick early from Davis. Needs to not wait out at kicking range. Stay in Magomedsharipov’s face. Then with incredible head movement Zabit ducks under and clinches Davis against the cage, scoops him up and slams him down.

Nice hard leg kicks from Rivera at onset, and he gets the bodylock looking to throw Dodson, but Dodson able to shut down the throw and break the clinch. Rivera looking for the oblique kick, Dodson goes high, misses, Rivera lands a jab.

The fight was stopped momentarily due to a kick Below the belt by Rivera. Dodson is not doing enough, trying to bait Rivera and it’s not working. He’ll need a finish in the 3rd.

Well this fight slowed the pace a bit. Should be a decision win for Jimmie Rivera. 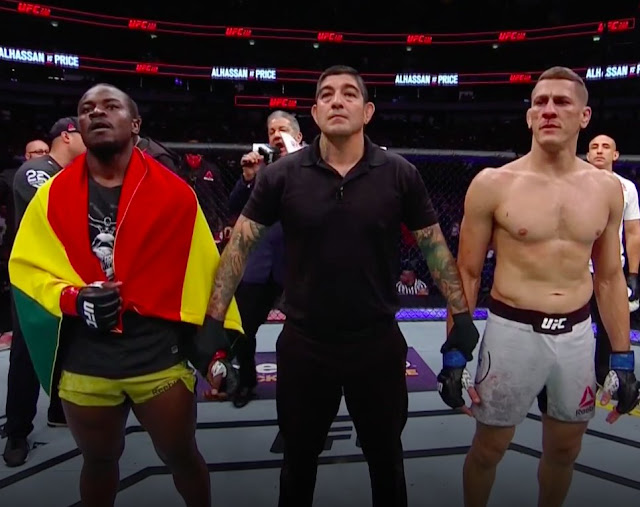 Tatiana Suarez def. Carla Esparza by TKO at 4:33 of round 3: Strawweight

Suarez shot in on Esparza to start the bout, and after failing with her initial attempt, she found a body lock takedown. Several vicious elbows rained down courtesy of Suarez, causing a trifecta of severe hematoma across the face of Esparza. Suarez continued to beat on Esparza for the rest of the round. Suarez again dragged the bout down to the canvas to start the second round. Esparza fought her way back to her feet, only to get slammed right back down to the ground. Rinse and repeat. Esparza came out in the final round looking to take Suarez to the ground, but ended up on her back as a result. More ground dominance was on display from Suarez with elbow after elbow landing over and over again. The referee had finally seen enough and prevented Esparza from sustaining any further damage 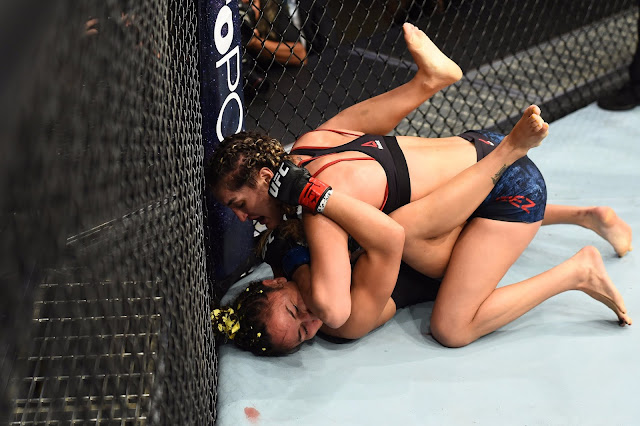 Recap:
Round 1 : High level fight, both men had their moments in round 1. Sterling got away with a couple fence grabs, 1 in which he used to reverse the position. Sterling got the takedown early, but Stamann works back to his feet and gets his own takedown. Both men super active.

Round Two : What a display by Aljamain Sterling. Thoroughly outgrappled Cody in that round and tied him up like a pretzel in what looked like a kneebar/hyper extension leglock finish 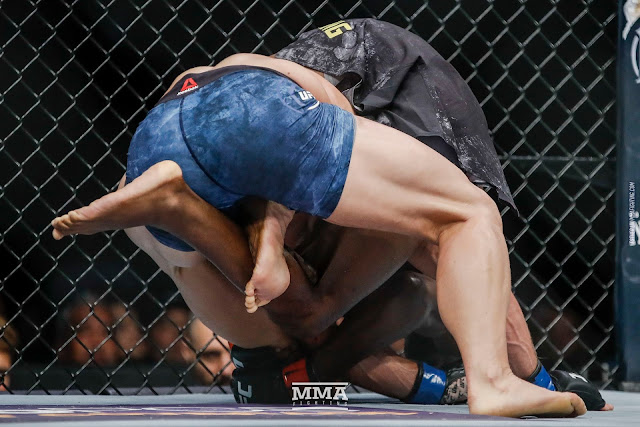 Bruhhhhh……you can’t cap off a performance any better than that. Pin point striking, no wasted energy, ends fight with a head kick from hell 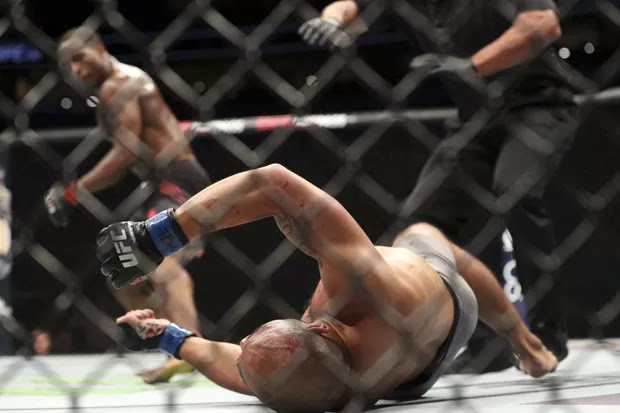 Other NewsOne Championship 79 Results : Beyond The Horizon