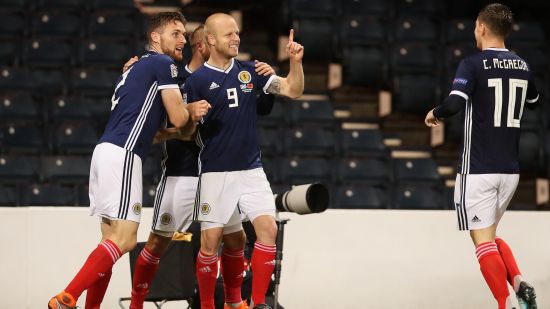 Scotland made took the available three points in their UEFA Nations League Clash with Albania on Monday.

Scotland attempted 25 shots versus Albania; as many as they mustered in their previous four games combined (25 shots).
Scotland are unbeaten in their last seven competitive fixtures (W5 D2), their longest run without a competitive defeat since September 2001 (7 games).
Two of Scotland’s last three goals in home matches have been own goals, with those netted by Berat Djimsiti (Albania) and Martin Skrtel (Slovakia).
Scotland’s Andrew Robertson created more goalscoring chances than any other player on the pitch (4).
Six of Steven Naismith’s eight goals for Scotland have come in home matches.
Albania have kept just one clean sheet in their last nine matches in all competitions, a 1-0 win vs Israel.
Other UEFA Nations League Highlights