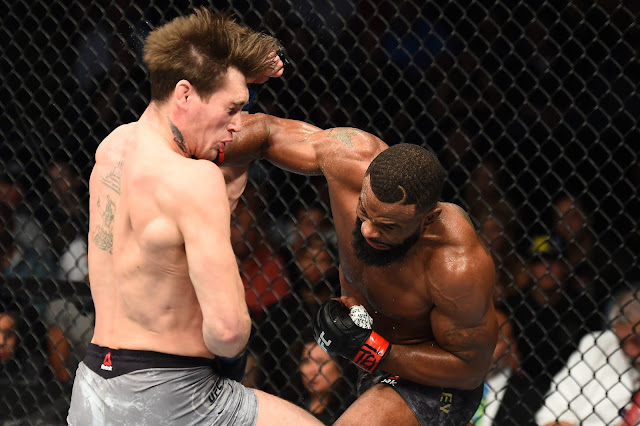 UFC Welterweight Champion Tyron Woodley showed no sign of cage rust in his return to the octagon  making little work of Darren Till, who was no match for the Champ’s grappling and takedown.
Full Undercard Results : UFC 228 : Tyron Woodley Def. Darren Till
Going into the fight, Till was favourite for the win by bookmarkers but Woodley had his plan – took him down early, then gave him a good number of blows and elbows to the head, as Till layed helpless but survived the first round.
The second round was the same, with Till, showing heart, despite the beating given to him and almost made it hrough the second, when, Woodley hooked him up with the Grabo Choke to earn a submission win 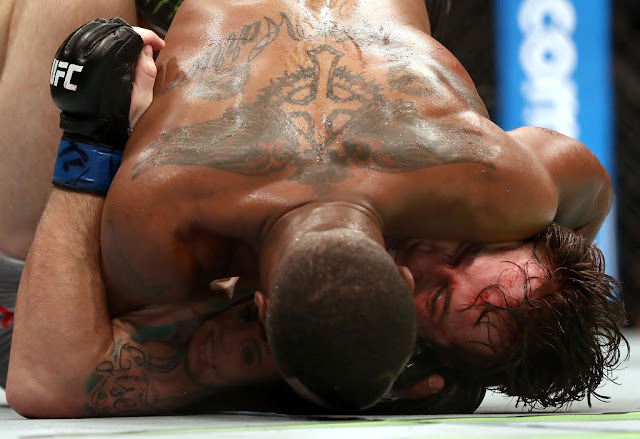 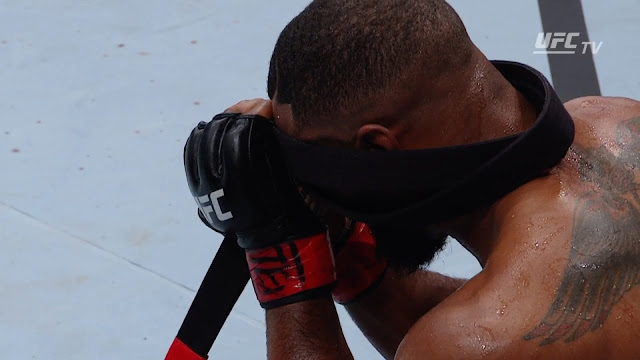