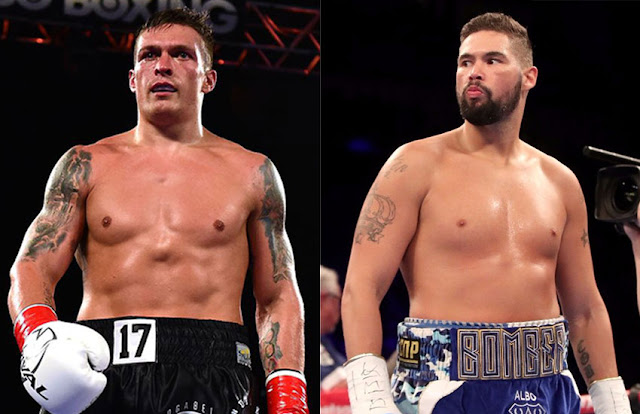 Tony Bellew had dreams of becoming undisputed cruiserweight champion before hanging his boxing gloves but the WBA might end up soiling this awesome dream,  after ordering his only means (Cruiserweight Undisputed Champions Oleksandr Usyk) to next face “champion in recess” Denis Lebedev.

Both teams had almost reached an agreement for a fight before the year ends, before the WBA ordered the defense which might end up disrupting their plans or eventually stop it from happening according to Eddie Hearn.

Hearn said his fighter will only fight, if all the Cruiserweight belts were on the line and also fears, the fight might no longer take place in 2018.

“The only way that Usyk versus Bellew happens is if all the belts are on the line,” Hearn told Sky Sports.

“We will have to see what happens but certainly yesterday’s news means Usyk versus Bellew is unlikely for 2018.”