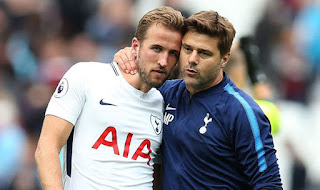 Harry Kane has experienced a dip in form, which has sparked suggestions that the striker needs a little rest but the Tottenham Boss Pochettino believes that Kane is fit for Saturdays clash against Liverpool.

Pochettino has called off all Harry Kane fatigue claims from pundits and professionals , saying Kane who has scored just twice in six games this season, in time will soon start finding the net again.

“I think he is fit. I do not read and do not listen to what is going on around. The most important [thing] is that we trust.

“For me, there is no doubt that he is one of the best strikers in the world. When a striker does not fill the net and does not score goals, always you need to find some reason why but I think he is fit.

“It is only time before he starts to score goals.

“For us Harry Kane is so important. I have no doubt that he is one of the best players in England and in Europe.”