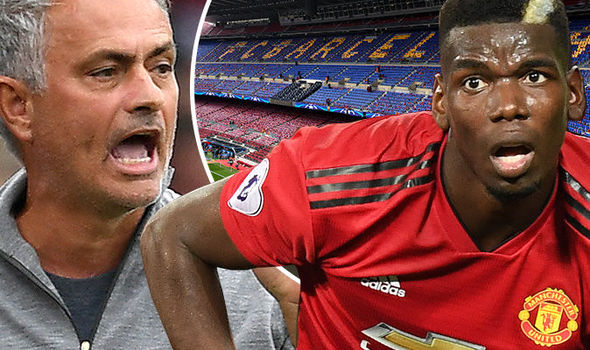 French And Manchester United midfielder Paul Pogba has been all over the media recently, due to the relationship with United Boss Jose Mourinho and Transfer Speculations, Interest from Spanish giants FC Barcelona over the summer.

Barcelona still having interest in the Frenchman, are planning a January bid for the 26 year old and Pogba makes this situation worst, by refusing to pledge his loyalty to the club

“who knows what will happen in the next few months. To speak about a transfer… I am under contract,” Pogba told Telefoot.

“There have always been little things with the coach, our relationship is still the same, manager-player.

“We have common objectives, which are to win. So long as you see that I am not in a Barcelona shirt, that is because I am at Manchester United.

“There will always be rumours.”