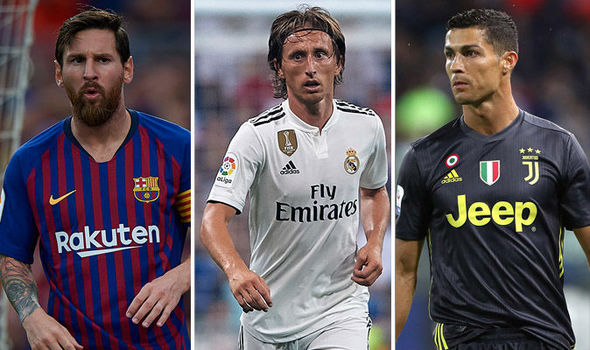 For over a decade, Lionel Messi and Cristiano Ronaldo have made Football interesting and with that bagged the available individual awards, but this is about to change.

Firstly Ronaldo is now in Juventus and Lionel Messi, who has been the another pillar the outgoing Era, seem to be out of his glory days and this made evident with the FIFA “Best” Award Final three Snub.

Luka Modric played alongside Ronaldo at Madrid before his move to Juventus and had seen Ronaldo glow during his now gradually fading glory days, but no one ever predicted, he would one day own a glory of his own.

Modric has so far bagged the World Cup and UEFA accolades and taken into the last three of the “The Best”  FIFA Men’s final nominations, while Lionel Messi, a previous constant favourite got snubbed.

Ivan Rakitic who plays alongside Lionel Messi at Barcelona and fellow Croatian, also has this view and feels very patriotic about it.

“Luka is now La Liga’s big gun, he is the best player in the world this year and we Croats are very proud of him,” Rakitic told Croatian newspaper Novi list.

“I wish him that last prize that is left for him to win [the Ballon d’Or] because he absolutely deserves it.

“Those that are jealous of Luka, let them die in their jealousy! I am proud of him and as happy as if I was winning those awards!

“We’ve been together in national team for 11 years, went through a lot, I love him as my brother.

“I am happy he decided to stay in national team, I don’t know what my decision would have been if he retired.”