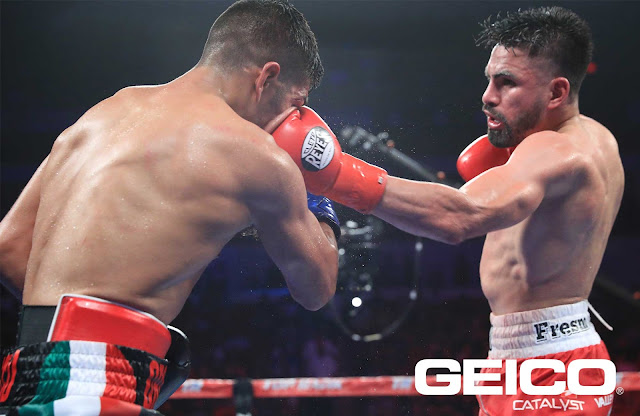 Jose Ramirez successfully defended his WBC super lightweight title against Antonio Orozco with a Unanimous Decision, scored (119-107) by the Judges on all three score cards and thereby advancing to (23-0,16 KOs).

Jose Ramirez started out Brilliantly, keeping his defense and picking Orozco off when he gets close, and then pivoting back to the open ring but tt Fight ended becoming very close up until the third round.

Orozco had no reply for Ramirez left hand and kept on eating the hooks from Ramirez, who maintained that with a good pace, which won him a Knockdown in the fourth.

Ramirez and Orozco came for a slugfest giving the audience a good show but Ramirez always had an edge in most of the rounds.

Ramirez scored another knockdown in the eight with some crazy body shot, scoring him another knockdown but Orozco was built for this moments, came off the floor to survive the remaining rounds of the fight  fight.