Jose Mourinho And Paul Pogba Wallowing In Rivers Of Uncertainty 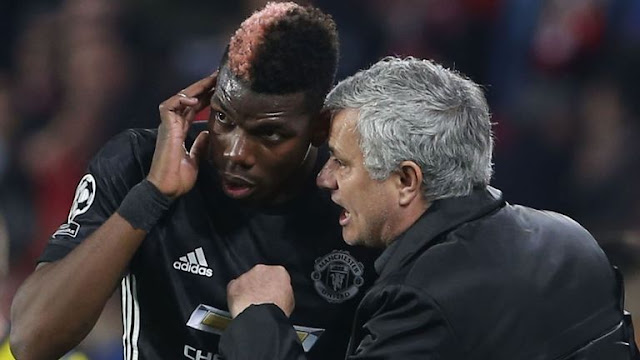 There has been so much uncertainty surrounding Manchester United. All around the media has been news without much grounds to hold on to.

Paul Pogba earlier in the month, had thrown his future at Old Trafford into the hands of Uncertainty saying “who knows what will happen in the future” and News of his intended departure has still not been made clear to Jose Mourinho, Who also appears uncertain.

The 55 year old claimed, ahead of his tripod Watford later to that he had no idea about Paul Pogba’s intended departure and also claims he hasn’t been told personally or by news on TV about the development .

“In this moment I’m completely in the dark,” Mourinho said

“The only thing that is clear for me is that the player never, never in all these days we are together, told me he wants to leave.

“Paul came back after the World Cup in the week before the start of the Premier League so we have been together for about two months or so and he has never told me that he wants to leave.

The United Boss claimed he has a good relationship with the young French Midfielder but also claims  he will be contented to see a video of Pogba’s Agent Mino Raiola saying, what every one in the media is trying to tell him.

“For example this week I read a few things that Gareth Southgate supposedly said but then I watched the footage and he didn’t say at all what was written.

“So if I watch Mr Raiola saying on the screen that the player wants to leave and that he is organising a way for him to try to leave then I will believe.”